I love weddings. I know a lot of photographers that get burnt out on photographing weddings, or only do them because “they pay the bills.” Personally, I can’t get enough. All weddings are cultural events. Often the weddings we attend share a culture similar to our own, and the best we can hope for is a different religion, or maybe a different family background to change things up. But last year I had the opportunity to photograph two weddings that were unlike any I had been to before. This is the story of my second wedding in Nepal in Himalayas of Asia. 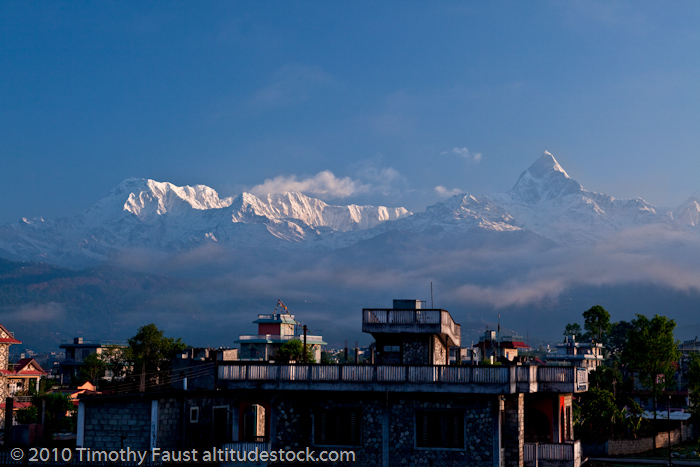 At first glance, parts of Nepal can feel as crowded and as fast paced as New York, but that feeling doesn’t last once you get to know the Nepalese people. Times and schedules are somewhat meaningless. If someone says, “See you in ten minutes,” it could mean an hour, or it could mean tomorrow afternoon. Being on “Nepali time” can be frustrating to a foreigner who is used to a western world run with such precision. However, once you learn to overcome the initial frustration, it can be a very liberating experience.

Having just finished trekking across Tibet for almost a month, I arrived in Nepal pretty tired and was looking forward to relaxing with some friends in the capital, Kathmandu for a few days. My friend Debbie, had been spending the previous six months living in Kathmandu, and her roomate Kalpana served as our tour guide while I was there. She had asked me what I wanted to do and see while I was there. I knew I could handle a lot of the tourist sites on my own, but one thing I could use her help with was finding a wedding to photograph. Nepal is made of of a variety of different religious groups including, Buddhist, Muslim, and Christianity, but Hindu’s make up the overwhelming majority of the people of Nepal. I had only attended on Hindu wedding before, and that was the previous week. Luckily, through Nepal’s vast cousin and friend network, in just a few hours, Kalpana managed to get all of us invited to a wedding in Pokhara later that week. 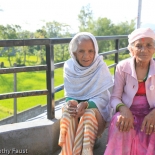 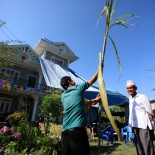 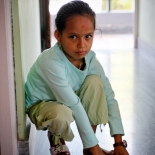 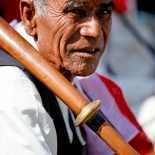 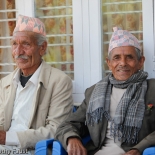 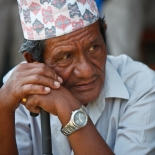 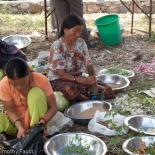 As I said earlier, I love weddings. I love how they are cultural experiences, and this wedding in Nepal certainly qualified as one of the most unusual cultural experiences I have ever had. In day to day to day life many Nepalis have foregone traditional clothing in exchange for more western styles like one would see in Europe or North America. Weddings are one of the exceptions. Hours before the wedding even started I was enjoying photographing all the guests in their traditional clothing. 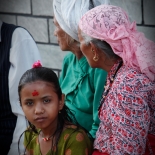 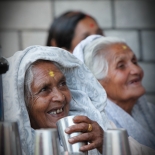 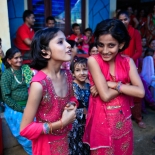 Color is very significant in Nepal. Different colors represent different marital status. For instance, blue means the woman is married, grey symbolizes mourning, pink is worn by women who are available for marriage, and red is often worn by brides and their immediate family. I was confused when I saw the very young girls in pink. I asked if that meant they they were available, and Kalpana explained that it means that they have not already had their marriages arranged. It doesn’t mean that they are actively seeking a fiance. That came as a bit of a relief to me.