<== Read Part 1
The concept of a love marriage versus an arranged marriage seems to be of a lot more interest to foreigners than it is to Nepalis. One person I talked to accused American parents of being un loving for not trying harder to find the right spouse for their children. I had never really looked at it that way before. And when I think back to how difficult it was for me to pursue my wife, maybe letting the parents do all the work isn’t such a bad idea. Regardless, I was relieved to know that most Nepali’s do not think an arranged marriage is such a bad thing, and generally the ones that do are free to pursue a love marriage if they like.

I remember joking with a friend that this wedding had everything I expected except for the exchange of livestock. No sooner did the words escape my lips, when I heard the mooing of a young calf. Animal dowries are pretty much just symbolic today, but they still take place. A little understanding of the culture seems to go a long away. For instance, during the wedding day, the bride cried almost the entire time. After the wedding ceremony she had to be forcibly carried back to the grooms house. For a moment, I thought I should say something, but more on that later. 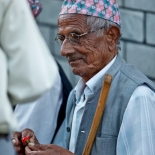 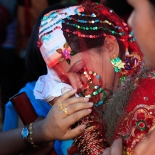 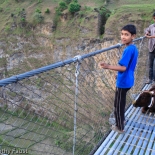 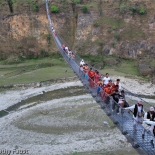 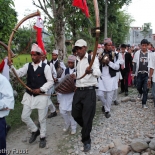 It turns out that my fears that this woman, who was only in her 20s, was being married against her will turned out to be completely unfounded. As it turns out, there is a little bit of acting that takes place at weddings in Nepal. When a woman marries, she is then considered part of her new husband’s family, and not longer a part of the family she grew up with. If a bride appeared to be happy on her wedding day, it would be considered very insulting to her family. So naturally she puts on the biggest show possible to demonstrate how upset she is. Of course, the next day, it is the complete opposite. 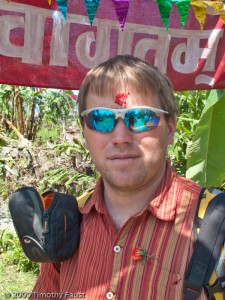 This was actually the second wedding in Nepal, that I had photographed that week. The first was completely spur of the moment while I was walking in the small town of Dulikhel, not far from Tibet. I heard some music, wandered down the street and found a wedding processional. One of the groom’s relatives saw me, and invited me to join in the wedding.

After six weeks of travelling through the Himalayas of Tibet and Nepal, these two weddings were definitely the highlights of my trip. Having the local connections with my friends Debbie and Kalpana was a definite must.  Since this wedding, Debbie married Kalpana’s cousin Chandra and they are living in Nepal with their beautiful daughter, Luna.  The last I heard, Kalpana is attending school in London.