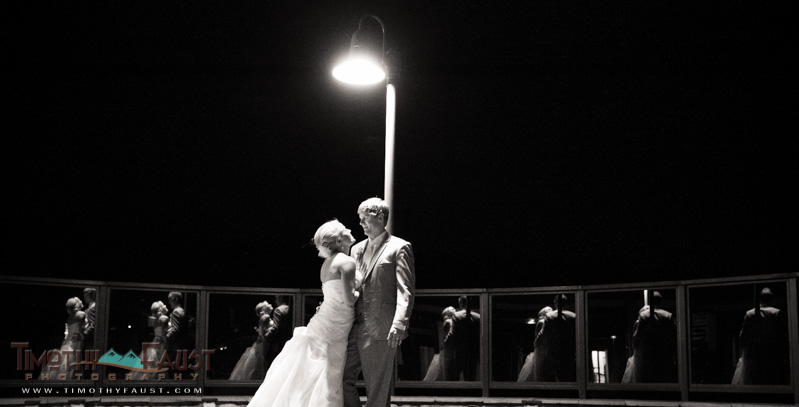 I am always on the lookout for interesting or unusual compositions.  This image was shot on a hotel patio where the wedding was held earlier that afternoon.  When I saw the glass partition around the patio during the day, I thought there might be a a chance of using it to capture some reflections later in the evening.

Later on that night, I went back out and checked, and I noticed that there was a sweet spot where each glass partition would reflect an image from the light post.  Since it the partitions were straight, but joined in such a way as to make a curve, I was able to get 8 different angles of the couple together under the light.  It was a pretty complicated image, but I was able to come away from the wedding with something a little different than I had seen before, which is always a goal of mine.