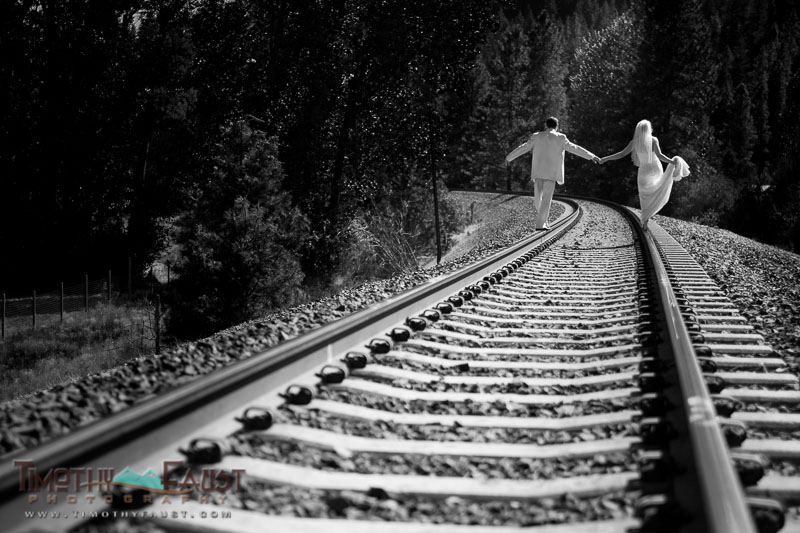 Anatomy of an Image

I decided to start writing a serious of blog entries describing the thought process of what goes into a single image from a wedding shoot. I want readers to understand where I was coming from creatively and what went into the image technically. My goal is to explain an image every few weeks and hopefully, other photographers will pick up some unusual concepts and techniques, and potential wedding clients can see that just because an image is posed does not mean it has to be boring.

All to often when people think of a posed wedding photo, they imagine the couple, looking directly at the camera with cheesy forced smiles. That is not how I like to photograph weddings.  I’d say 80% of the images I take are of people candidly interacting that are barely aware of my presence. However, when it comes time to do the posed portraits, I want to create something interesting. First and foremost, I want to make an image that is visibly appealing to me. Next, I want to create something that really fits the personality of the couple and will be something they will cherish. Lastly, I want to do something new. If not new for wedding photography in general, at least something new for me.

Karen and Cliff got married a few hours east of Seattle, Washington in the town of Leavenworth. Driving out their ceremony location, I passed these tracks, and my wife, Carin, and I both instantly knew there was some visual appeal to this spot.  As soon as I saw it, I knew certain things I wanted to do.  First, I wanted to use the tracks as leading lines to the couple.  Second, I knew the image would be in black and white because of all the texture it contained. I also knew that if I shot this just after noon, which supposedly is a bad time for lighting, that I could accentuate the couple in their white clothing, while the trees in the background would be in their own shadow since the sun was directly behind them. From a composition standpoint, I looked for a spot where the tracks curved.  This allowed the space between them to close rather than going on forever into the distance.

Those were my thoughts based on the technical attributes I wanted the image to have. From the couple standpoint, I knew they were adventurers.  In fact, I had the pleasure of joining them on a climbing expedition on Mount Rainier the previous summer. I thought that rather than having them just stand on the tracks, having them hold hands and walk into the distance would symbolize the new adventure that their lives would be taking together.

The result is that although everything about this image was planned, set up, and posed, it still retains the feeling of adventure I hoped to capture.